Is your HVAC system struggling to turn on and off? Learn to recognize HVAC problems early so you can avoid permanent damage.

When your air conditioner starts leaking refrigerant, you'll need to have the leak fixed and the refrigerant recharged. Thankfully, it's easy for any AC repair service to find and fix leaks. Leaks can be detected with special electronic equipment and then quickly repaired.

However, it doesn't always make financial sense to repair and recharge your air conditioner once it develops a leak. In some cases, it's better to replace the unit entirely instead. If you have a leaking air conditioner and are wondering whether to repair or replace it, read on to determine which path is most suitable for you.

How Old Is Your Air Conditioner?

When you're deciding whether to replace your air conditioner or to have it repaired and recharged, the age of your unit is the primary factor you should consider. It's not unusual for air conditioners to develop a refrigerant leak in the evaporator coil a few years after they're installed, especially if your home has foam insulation or if you smoke inside your house. It's also fairly common in homes that were built recently.

The culprit is formaldehyde, which is a volatile organic compound that's found in tobacco smoke, foam insulation and other building materials like particle board and glue. Formaldehyde circulating through the air in your home will be blown onto your coil by the fan in your air conditioning unit, and it can cause them to corrode quite quickly. Thankfully, the level of formaldehyde that's emitted by building materials drops off as the materials age. If you have the leak repaired and your unit recharged, the problem shouldn't occur again.

When a leak occurs in a very old unit, however, it's usually better to replace it. Refrigerant circulating through the coils (both the evaporator coil and the compressor coil) will slowly erode them from the inside. Eventually, this causes pinhole leaks to form. If you patch the leaks and recharge your air conditioner, it's likely that you'll soon have new leaks spring up due to how thin the walls of your coils have become. In order to save on future repair and recharging costs, it's better to have your unit replaced instead of repaired.

Does Your Air Conditioner Use R22 Refrigerant?

How Soon Did You Notice the Refrigerant Leak?

Overall, patching a refrigerant leak and recharging the unit makes the most sense when you have a newer air conditioner that's otherwise in good condition. Sometimes leaks simply happen, and you'll still get several years of great performance out of your air conditioner after an AC repair service fixes the leak. When your air conditioner is nearing its lifespan or has suffered damage because of the leak, however, it's usually better to replace the unit. 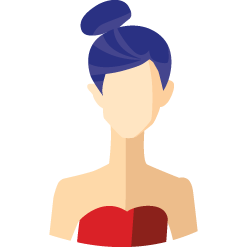 About a year ago, I could tell that our HVAC system was really starting to struggle. No matter what we did, the system seemed to have a hard time turning on and off. When our air was running, it smelled terrible. In the winter, it seemed like our home was never warm enough. To ward off sudden failures, we hired a professional to come out and inspect our system. After a thorough analysis, we discovered that there were some serious fan problems. This blog is all about recognizing HVAC system problems early and keeping your system on point, so that you can avoid permanent damage.